Discover 65 luxury rooms and suites in the center of Sultanahmet Old City. The Four Seasons Hotel Istanbul is the perfect stay for adventurers looking for a historic Turkish experience through Istanbul’s greatest treasures. 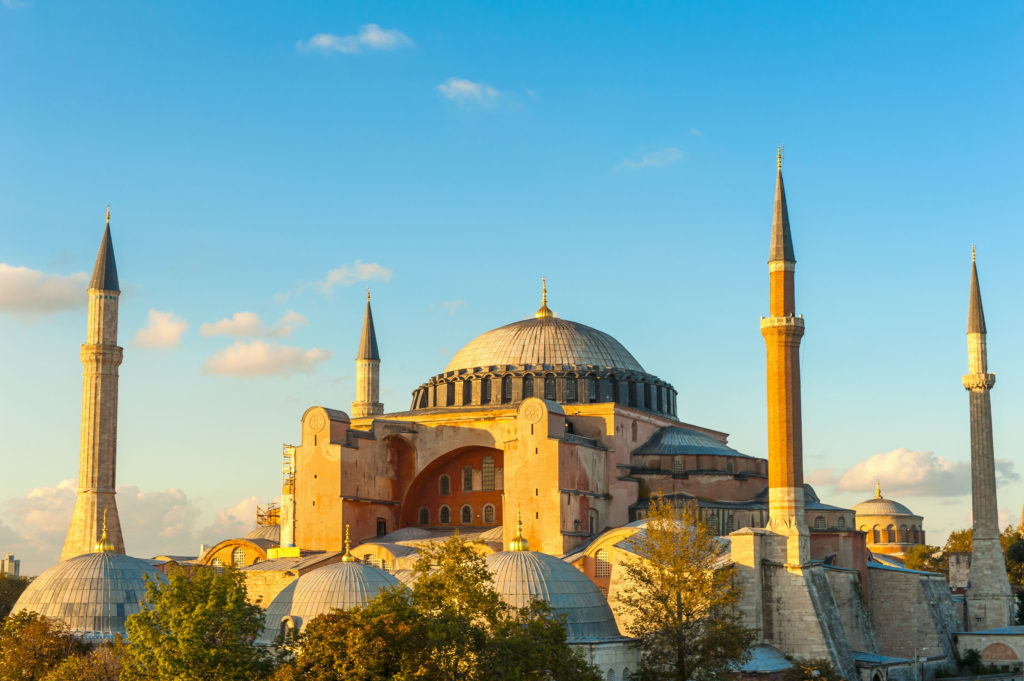 The Four Seasons Hotel is the located at the heart of Sultanahmet in Istanbul’s famous Old City. The hotel is minutes away from historic landmarks like Hagia Sophia and the gorgeous Topkapi Palace that was once served as the headquarters to the Ottoman Sultans.

Istanbul is actually located on two separate continents—Europe and Asia—making it the largest Turkish city and a blending spot of ancient cultures. Sultanahmet is located on the remains of the famous ancient city of Constantinople and is also a peninsula surrounded by the Golden Horn, Bosphorus, and Sea of Marmara. 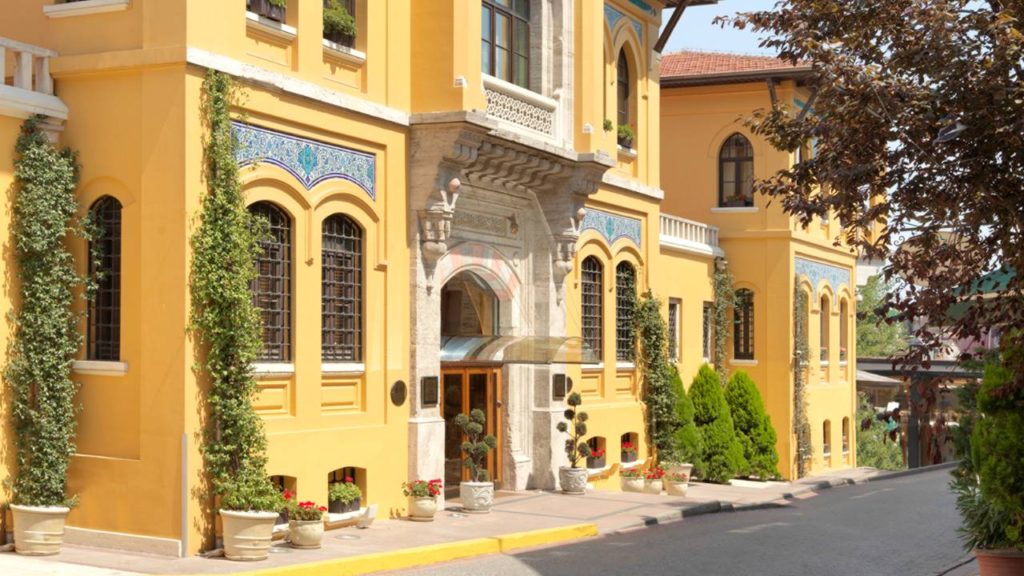 The architecture of this area is rich with Neoclassical influence.This architecture boasts pointed arches, ornate tiles, and prominent domes and towers. The Four Seasons Hotel was once a prison, and you can still see elements of the original prison structure, including hand-painted lobby tiles, original wooden doorways and arched hallways, marble pillars with carvings by inmates, and a landscape courtyard that was once an exercise area. All of these elements create rich character and a style that is unique to this Four Seasons hotel.

Each hotel room is designed around the original unique architecture and filled with amenities to accommodate the modern needs. Each room has a refrigerated private bar, plasma TV, wired and wireless internet capabilities, and an MP3 docking station. Four Seasons also offers twice-daily housekeeping, a fitness center, and access to the pool at the nearby Four Seasons Hotel Istanbul at Bosphorus. 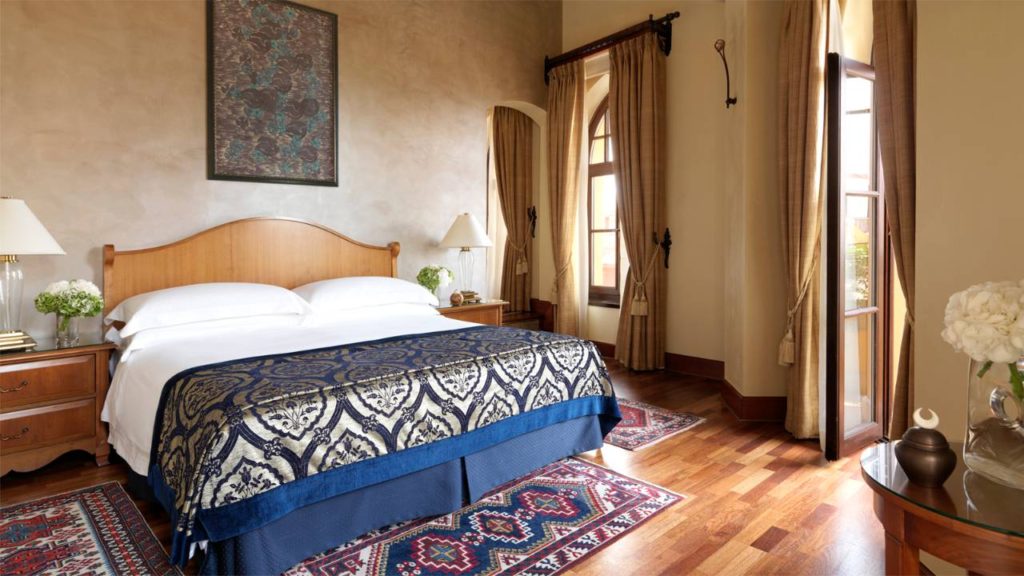 The Sultanahmet has 3 tiers of rooms including premier, deluxe, and superior. Each room is decorated in the Turkish theme with Neoclassical details. With a focus on warm neutral colors, the beautiful rooms provide high-quality comfort and modern amenities for guests. 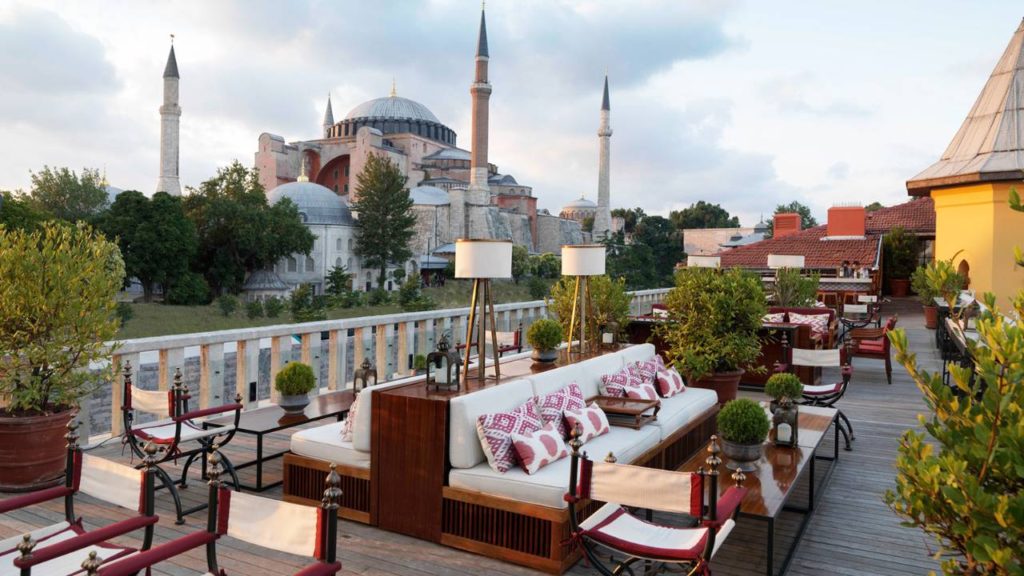 The A’YA Rooftop Lounge is an awe-inspiring terrace lounge located on the rooftop of the Four Seasons Hotel Istanbul. Settle in for drinks and get views of Old City, including a view of Hagia Sophia and the Blue Mosque.

Istanbul is a thriving, historic city. As a result, there is much to do and see while visiting this cultural melting pot. There are several famous landmarks within walking distance of Four Seasons Hotel Istanbul at Sultanahmet including the following:

With all of this and more, you are sure to love your stay at Four Seasons Hotel Istanbul at Sultanahmet. Find more luxury hotel reviews at Luxury Trip Review.

← The Hermitage Hotel in Tennessee 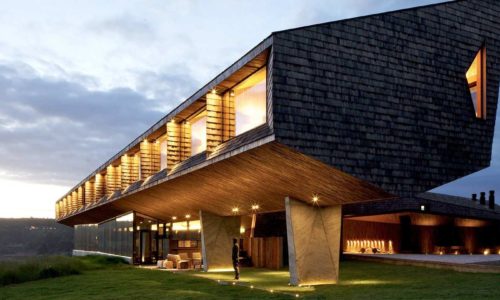 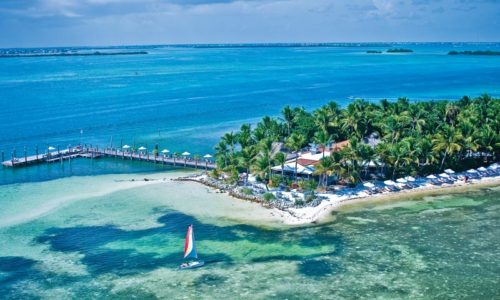